Exhibition
The Last Europeans. Jewish Perspectives on the Crises of an Idea

Against the background of these questions we look at Jewish individuals who in the face of Europe’s devastation in the 20th century transcended national and cultural borders, demanded anew the universal application of human rights, and vigorously pursued a European dream. Based on their commitment to a united and peaceful Europe, the exhibition examines at the same time the renewed threats.

The museum shall become the site of an open debate about the future of Europe, the actual and ideational substance of the European Union, about threats and opportunities, about future-oriented and outdated concepts. Here, it will be possible to argue about European Enlightenment as well as about its offspring: secularization and modernity, emancipation and participation, nationalism and chauvinism, colonialism, and capitalism.

With an art installation by Arnold Dreyblatt consisting of three lenticular prints that he has chosen as an interactive means of representation. Each work contains up to six text layers, which can be seen as text fragments from different viewing positions and which seem to "overwrite" each other as in a deconstructed "palimpsest".

Exhibition catalogue
What has become of the European idea? And what Jewish experiences were behind the European project? 75 years after the end of the Second World War, the Jewish Museum Hohenems, together with the Volkskundemuseum Vienna and the Jewish Museum Munich, opened a debate space on the state of Europe - in the sign of a new nationalism growing everywhere, which recently also pits the fantasy of a "Christian-Jewish Occident" against migrants. While populist egoism threatens the "peace project" of Europe, there is at the same time a struggle for European solidarity.

This volume (in German only) revolves around key figures of the European idea, attempts to realise it and its threatening dismantling, experiences of catastrophe and political initiatives, tells of its protagonists and antagonists - and shows a Europe that was and is at least a Jewish space of possibility. 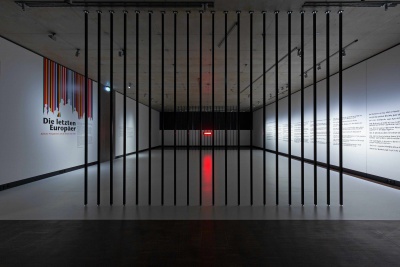 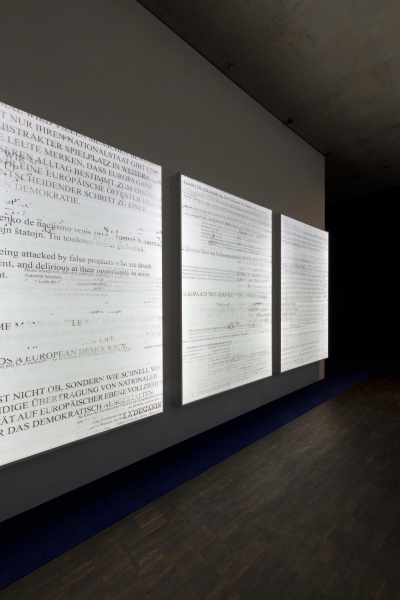 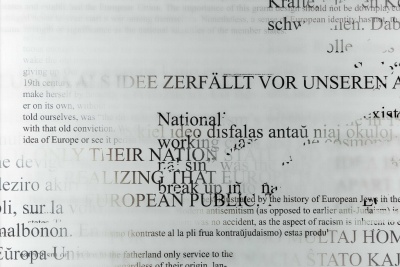 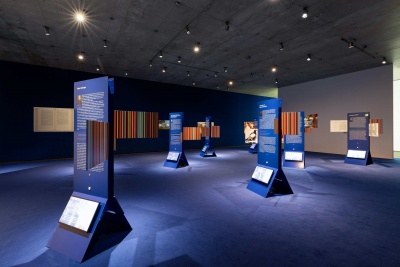 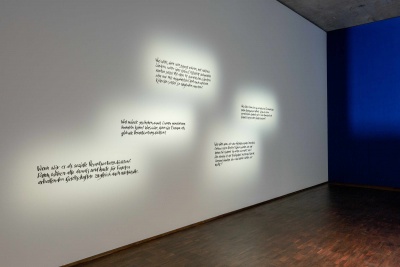