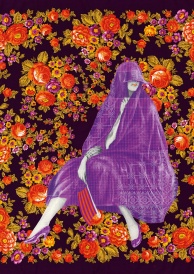 01
Sujet for the Exhibition Poster
© KHM-Museumsverband

The fabric that pious women use to cover their head, their face and frequently also their entire body whips up feelings. But the commandment that women cover their hair has been part of European civilisation for centuries. Its history stretches from the beginnings of Christianity until
today.

For Christians, the veil became a symbol of honour, modesty and virginity. The Apostle Paul demanded that women cover their faces with a veil when they talk to God. Loose hair was regarded as immoral, only the Virgin Mary is occasionally depicted wearing her hair in this way. A covered head was the prerogative of married women, and of nuns. A bereaved woman put on widow’s weeds. In the Late Middle Ages some European cities passed sumptuary laws that stipulated how women should cover their head and neck.

In the early 1920s, the Pope deplored the imprudence of women who disregarded all modesty by dancing wearing “indecent” dresses. During the Austrian Ständestaat and after the Nazi annexation of Austria headscarf and dirndl signalled both the wearer’s fealty to her home country and her down-to-earthness. In the 1950s, the printed headscarf became a fashionable accessory that symbolized luxury, elegance and emancipation. Step by step the power structures of gender relations were critically examined. But in Austria the patriarchal marriage-model was only replaced by a more equal one in 1976.
Some Muslim girls and young women are forced to veil themselves when meeting someone who is not a member of their family because men would otherwise regard them as sinful and “available”; others, however, create a kind of street-wear look that is both colourful and cheeky, sexy and demure. In Iran, female activists with loose hair take up positions at busy crossings and wave their headscarf in the air as a sign of protest, while in the West female designers revive the fashions of the 1950s and include vintage headscarves in their collections. “Modest fashion” is the name of a fashion trend that focuses on showing less flesh; it has evolved into a worldwide billiondollar-business irrespective of a particular religion. Queen Elisabeth II still sports an Hermès headscarf as a kind of personal branding – and not only when she is out riding.

The Weltmuseum Wien presents seventeen independent position on the headscarf, designed to broaden our view of this small piece of fabric by highlighting novel (and perhaps even unexpected) aspects.

Curator of the exhibition: Axel Steinmann 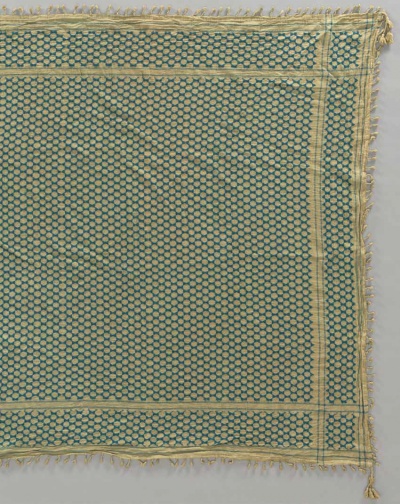